Following extensive consultations, Crisis Action has decided to take up a new campaign on the Sahel, one of the fastest growing displacement crises in the world. Our engagement starts as an emergency response for an initial period of 6 months, with the objective of bringing together an international coalition of civil society to convince the governments of Burkina Faso, Mali, and Niger, and their international (mainly European) partners, to adopt a more effective strategy to tackle the security threats to civilians in the region. A more effective response means massively scaling up the humanitarian response and second, complementing the current security focus with a clear political strategy that acknowledges and addresses the underlying governance crisis that led to the current situation.

The Sahel campaign kicked off with a global partner call on 26 March that brought together more than 50 people from across the world, representing approximately 30 organisations (local partners as well as humanitarian, human rights and peacebuilding international NGOs). It was agreed that, while the Covid-19 pandemic presents a major risk for the Sahel, where health systems are not equipped to face such a threat, it also underscores the need for a strategy shift in the response to the broader Sahel crisis.

Global Spotlight on Spoilers of Peace 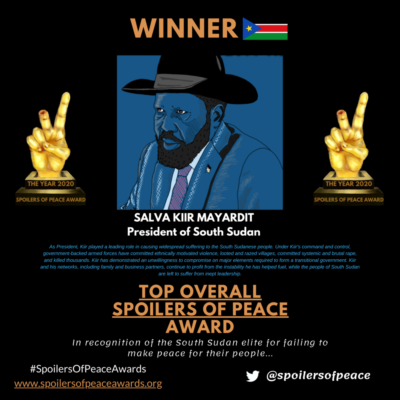 In the lead up to the 22 February deadline for the Government of South Sudan to form a unity government, Crisis Action coordinated the Spoilers of Peace campaign in partnership with Atrocities Watch Africa, Carrot Co and Wanjiku Revolution. The campaign culminated in a live award ceremony where the winners were announced on Facebook and Twitter. Sustained pressure from local and international actors led to compromise on the contested issue of state boundaries, paving the way for the formation of the transitional government. During his swearing-in ceremony as First Vice-President, Riek Machar acknowledged the efforts of civil society to advance peace: “Thanks to Civil Society who spent sleepless nights to bring this peace to light.” 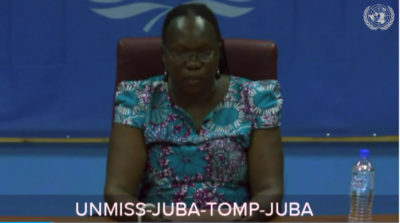 Following the formation of the transitional government in March, Crisis Action assisted Betty Sunday in briefing the UN Security Council’s meeting on South Sudan. Representing the Women’s Monthly Forum on Peace and Political Processes in South Sudan, Sunday briefed the Council on the situation on the ground from a civil society perspective and provided recommendations for how the Council should engage with the new government to best support peace and security in South Sudan. 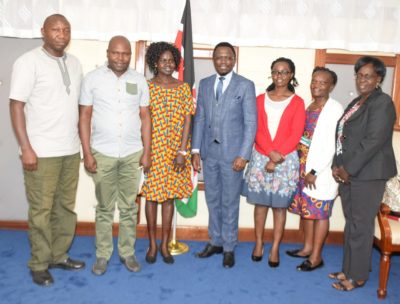 In March, Crisis Action together with INGO partners in the East African region (Human Rights Watch, Amnesty Intenational, Democracy International, International Crisis Group) convened an in-person meeting with members of the South Sudan Civil Society Forum (SSCSF). This gave all participants a chance to co-strategize on the way forward to best protect South Sudanese civilians. SSCSF representatives also met with a Senior Ministry of Foreign Affairs Official in Kenya to reiterate the importance of sustained regional pressure on the transitional government and to resolve pending tasks to secure full implementation of the peace agreement.

Coordinating European Action on Russia for war crimes in Syria 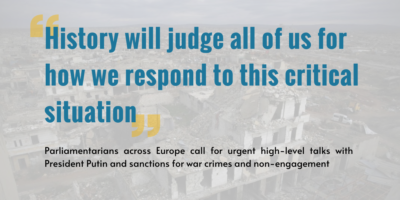 Supporting partner efforts to end the military escalation in Idlib, we have been working with key Members of Parliaments from across Europe on a statement calling on European and NATO heads of government to impose sanctions on senior Russian officials if they continue attacks on civilians. The statement gained support from leaders in Germany, France and the UK, and received considerable media coverage. In Germany, foreign affairs spokespersons and senior figures signed up to the call, including Norbert Röttgen, who is considered by many to be Merkel’s likely successor as Chancellor. In the UK, the Chair of the Foreign Affairs Select Committee, Tom Tugendhat, and the co-chairs of All-Party Parliamentary Group for Friends of Syria, Andrew Mitchell and Alison McGovern are among the signatories. 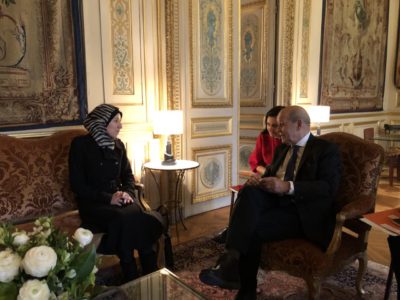 In March, Crisis Action worked with the Syrian American Medical Society (SAMS) to organize an advocacy tour of European capitals for Syrian pediatrician Amani Ballour, first female director of a hospital in Syria. In Paris, she alerted French Foreign Minister Jean-Yves Le Drian about the dire humanitarian situation in Idlib and told him about her work under siege in an underground facility in East Ghouta for 5 years, where she witnessed chemical attacks, before being forcibly displaced to Northern Syria. Her experience is featured in the Oscar-nominated and critically-acclaimed documentary film, The Cave.

From Beirut, we supported Mwatana for Human Rights’ Radhya Almutawakel as she drafted an English-language op-ed to be published in Al Jazeera in April. The op-ed highlights the findings of a recently released joint Mwatana-Physicians for Human Rights report documenting attacks on medical facilities and personnel in Yemen between 2015 and 2018. We also helped develop a social media toolkit to draw attention to the op-ed and the wider report.

In London, we coordinated a briefing on Yemen’s conflict for high-ranking Foreign and Commonwealth Office (FCO) officials by 15 humanitarian and human rights partners, to be held in early April, focusing on ways that the UK government can pressure the parties to continue peace talks, improve the humanitarian response in light of COVID-19, promote accountability for rights violations, and strengthen the role of women and girls in the political process. We also shared these briefings with several members of parliament to help refresh their talking points on the UK’s role in bringing Yemen’s conflict to a close.

We helped set up congressional briefings for Abdulghani Al-Iryani, a Sana’a Center for Strategic Studies senior researcher, during a timely visit to Washington, DC. Al-Iryani updated senior staff on the Senate Foreign Relations Committee and House Foreign Affairs Committee on political and humanitarian developments across Yemen, reinforcing the urgent need to press the warring parties to de-escalate the conflict.