In this month’s update, the latest from our core campaigns on The Sahel and Yemen, our emergency response on Ukraine, and a new campaign on Ethiopia.

Following extensive consultations with partners, Crisis Action will be launching a new core campaign focused on the conflict in Ethiopia. We are currently working with partners to design a joint strategy to engage the African Union and key African states, and incentivise the parties to the conflict to sustain and extend the ceasefire, reduce violence and ensure humanitarian aid reaches conflict zones.

Calling for an end to impunity

Ahead of the February AU-EU Summit, Crisis Action coordinated a statement from 30 partners from the People’s Coalition for the Sahel – the ground-breaking coalition of Sahelian and international NGOs established by Crisis Action in 2020 – calling for policymakers to prioritise civilian protection and tackle the root causes of the conflict. We followed this in April, after the massacre of 300 civilians in Moura, Mali, with a partner statement calling for renewed efforts to end the cycle of violence and impunity.

We secured international coverage of both statements across social and legacy media – including Le Figaro, TV5 Monde and Radio France Internationale in France, Afrik in Mali, and the BBC internationally. Policymakers commented on the utility and timeliness of the statements, with endorsement from the intergovernmental Coalition for the Sahel demonstrating the extent to which the statements had resonated with key campaign targets at the highest level.

In an important step forward for civil society voices being heard by those in power, Crisis Action was directly approached by key target policymakers to enable People’s Coalition partners to meet with senior officials from Europe and the Sahel – including a ministerial meeting of the Coalition for the Sahel attended by government representatives from 60 countries and institutions. Partner contributions at both events were widely welcomed by key policymakers, including by the High Representative of the Sahel Coalition Djimé Adoum, the Office of the UN High Commissioner for Human Rights, and by AU High Representative Maman Sidikou.

We are currently working with partners to coordinate the first in-person workshop of the People’s Coalition in Dakar from 13-17 June, where we will also launch the latest People’s Coalition progress report – ‘Sahel : What has Changed’ (reporting on progress against the benchmarks set by the coalition last year) – to an audience of high level policymakers and the media.

After years of campaigning by Crisis Action and partners to help Yemenis secure a peaceful resolution to the conflict, April saw the announcement of a UN-brokered truce, leading to the first month without civilian casualties since the start of the war. 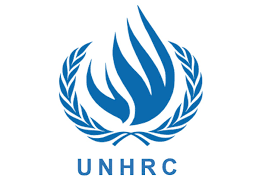 In the weeks before and since the truce, Crisis Action supported a coalition of international and Yemeni partners to design a strategy for securing a new UN-mandated accountability mechanism to monitor violations and abuses committed in Yemen in the event of a resumption of hostilities. As part of the strategy, Crisis Action convened a series of calls and meetings between partners and key decision-makers from countries targeted for having previously championed or supported an accountability mechanism for Yemen at the UN Human Rights Council (HRC) – resulting (among other outcomes) in commitments from the US and UK to support any strong proposal presented to the HRC.

To secure media coverage calling for a new accountability mechanism, Crisis Action conceived, convened and chaired a global media briefing involving partners Amnesty International, Save the Children, Yemen Data Project, and Mwatana for Human Rights. Despite a tough media environment dominated by the conflict in Ukraine, the briefing helped secure coverage across a range of target countries – including France (Radio France Internationale; La Croix; Arte TV; Liberation), Belgium (La Libre Belgique) and Ireland (Irish Times). We followed this up by supporting partners in the Netherlands (another target country) to draft and place an op-ed in leading newspaper De Volkskrant calling for the Dutch government to champion a new accountability mechanism at the HRC.

After over a year of campaigning for a more inclusive peace process, in early March, UN Special Envoy Hans Grundberg announced new consultations on a framework for a sustainable political settlement. To secure diverse CSO representation in the process, in line with partner feedback, Crisis Action convened a meeting with the Special Envoy’s office and submitted a formal letter on the coalition’s behalf, pushing for a set of joint recommendations on the peace process developed by a coalition of grassroots Yemeni CSOs. We are now facilitating a meeting with coalition representatives and Mr Grundberg and will support our Yemeni partners to position themselves as a constructive and vital stakeholder in these consultations.

For the security of our staff and partners, please refer back to your update email for details on the Ukraine ER.