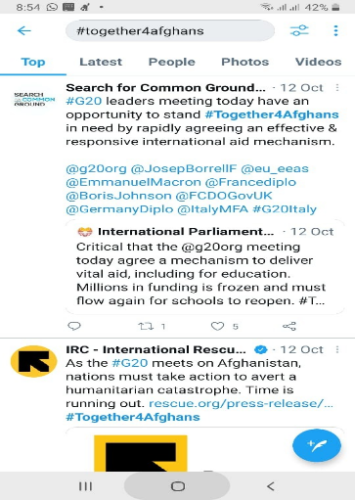 Hours after convening partners to consider how to respond to the unfolding crisis in Afghanistan, Crisis Action facilitated a global platform for Afghanistan’s most prominent human rights defenders alongside Human Rights Watch (HRW) to address the urgent question of how to help Afghans who were especially at risk as the Taliban asserted control over the country. The global press conference was attended by over 60 journalists from major global outlets including the New York Times, Washington Post, LA Times, AFP, DPA and Al-Jazeera alongside dozens of other publications to get direct insight into the dangers and risks Afghans were facing on the ground. The panel was able to spotlight the immediate threats and dangers the Taliban revanche posed for hundreds of thousands of Afghans who had either worked for the previous government, international forces or more broadly in civil society as journalists, human rights defenders and activists. Both HRW and the Afghanistan Independent Human Rights Commission (AIHRC) appreciated CA’s speedy response at a chaotic international moment.

Pushing for a better humanitarian response for Afghans

The G20 committed to a series of extended humanitarian measures including emergency aid inside Afghanistan and support to neighboring countries hosting Afghan refugees. These were some of the asks that Crisis Action partners pushed for ahead of the October 13th extraordinary summit. 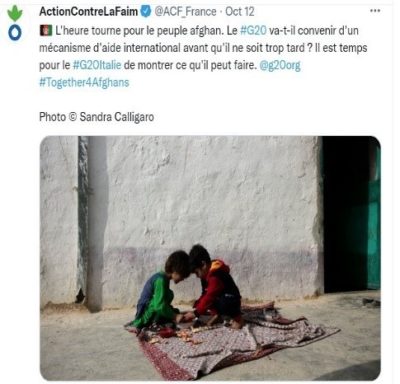 Working together with Afghan Aid, ACF ,  Search for common Ground and others, Crisis Action coordinated partners to: