Crisis Action kicked off some exciting bridgebuilding initiatives in early August between Ukrainians and South Africans to coincide with South Africa’s Women’s Month.

Now approaching a grim 6-month milestone with neither side able to claim victory, Ukraine’s conflict appears to be increasingly ‘normalised’ by predominantly male world leaders viewing it through the lens of geostrategic divisions. Meanwhile the conflict continues to upend countless lives of women and children who have been subject to sexual abuse or have been forced to flee, join the frontline as soldiers, or serve as humanitarians to save lives.

Given its historical allegiance to Russia and capitalising on its proud history of fighting for human rights and freedom from apartheid – countries like South Africa have a key role to play in challenging the polarising rhetoric of ‘with us or against us’ surrounding the war in Ukraine. 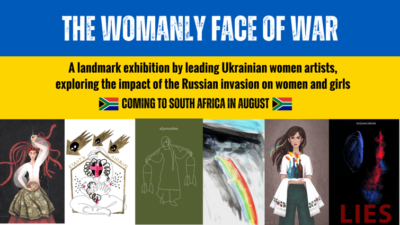 Working in collaboration with the Desmond and Leah Tutu Legacy Foundation, the Ukrainian South African Association, the Sunseed Art Project, and the Centre for the Study of Violent Conflict, Crisis Action conceived of initiatives to amplify the voices and experiences of women that risk being forgotten. The initiatives will foster new connections of civil society solidarity as a foundation for greater civic engagement to compel policymakers to bring an end to another brutal war. These included:

African participants in the events drew parallels with the global fight against apartheid as well as South Africa’s ongoing struggle to combat violence against women. In the moving words of Janet Jobson, CEO of the Desmond and Leah Tutu Foundation and brilliant moderator of the webinar: ‘’We can start to imagine a Global movement of Solidarity made up from people, not just states, and that can be uniquely Africa’s contribution in the context of ambivalence from our governments… the people of Africa have a powerful voice that can be heard globally.’’ 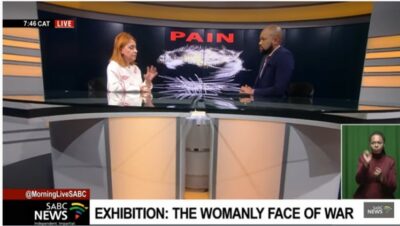 Just as in the past the international anti-apartheid movement was spurred on by civil society, not by governments, we hope that these initiatives can support South African civil society actors in their efforts to hold their government to account for its stance, and to help bring an end to Russia’s military action and violence against women in Ukraine.