There’s a social problem you want to see fixed, an injustice you want stopped, or a leap in quality of living you want to inspire…

You know the change is possible – after all, experience across time and examples around the world show the power of smart collective action. Injustices result from human choices, so they can be addressed through human action.

But for all the energy that you and your allies are putting in, the change you need isn’t coming.

You might be trying to take on climate change or inequality or failures in the education system. Or maybe you want to improve community cohesion or promote sustainable development. It can be anything.

You’ve tried the traditional means of organising and they’re not working.

We must ask ourselves: why is change not happening? Do any of these statements resonate with you and your situation?

If challenges like these are stopping you from having the impact needed, the response can’t be to continue with business as usual. Every drop of effort invested in a model that doesn’t work is effort stolen from those people seeking change.

Marginalisation, hatred, violence – the injustices people are trying to tackle today are immense and numerous. We need to be using entrepreneurial approaches that generate the greatest systems change. The Crisis Action model of organising for impact behind the scenes is cutting edge. It’s unique, but it needn’t be. I’m really excited to see how much more change people across the social justice ecosystem can bring about when this model is scaled out and applied to other issues.

Sally Osberg, President and CEO of The Skoll Foundation

Something must change in the way we organise.

This Handbook describes a new way to organise for impact. It sets out a unique model for organising powerful, clever coalitions. Crisis Action has developed the model, an example of what is sometimes called systems entrepreneurship - and proven its value - in campaigning for civilians to be safer from harm in war zones.

Now we want to share it to help you and your network achieve even greater impact. 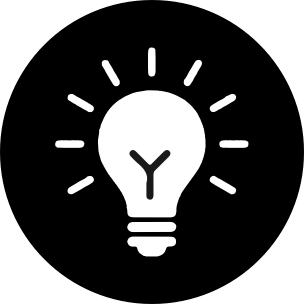 The Birth of an Idea

This idea of how to organise for impact was born out of failure. In 2003, the anti-war movement in the United Kingdom (UK) mobilised one million people from all walks of life and political persuasions to march against the invasion of Iraq. And yet, despite the largest public demonstration recorded in the country, the UK government was undeterred. They invaded Iraq anyway. In the eyes of one brilliant young campaigner, Guy Hughes, this had been an outpouring of opposition and emotion without the calibrated strategy for collective action that would cut straight through to the heart of decision-making. It was mobilisation without smart organisation.

And so Guy founded Crisis Action. It was deliberately a small outfit that would work solely behind the scenes to bring together a range of organisations and individuals to influence power. It would build coalitions that would not be based on consensus, something he believed to have a malign impact on ambitious goals and clear purpose. Crisis Action would instead utilise a new ‘opt in’ model of organising (see Component 1).

With the support of Amnesty International UK, Oxfam GB and other founding partners, Crisis Action began to grow and develop its unique model of clever coalition building.

In 2005, tragically, Guy died in a mountain climbing accident. But his vision of world class clever coalition-building and campaigning continued: he left the blueprint and foundations for the organisation Crisis Action is today, and the methodologies we share with you in this Handbook.