Dr. Anna Neistat is Legal Director at the Clooney Foundation for Justice. She is part of the Foundation’s senior leadership and is responsible for building and developing one of the Foundation’s three flagship initiatives, The Docket. Previously, she was Senior Director for Research at Amnesty International and a member of the organization’s Senior Leadership Team. Before joining Amnesty International, Neistat worked for more than a decade as associate director for Program at Human Rights Watch. Neistat has conducted over 60 investigations in conflict areas around the world, including Syria, Afghanistan, Pakistan, China, Zimbabwe, Nepal, Kenya, Yemen, Chechnya, Sri Lanka and Haiti. She has authored or co-authored over 40 Human Rights Watch reports as well as numerous articles and opinion pieces.

Neistat holds an LL.M. degree from Harvard Law School, a J.D. and Ph.D. in law, and an M.S. in history and philology. She is a member of the New York State Bar, and teaches at the Paris School of International Affairs at Sciences Po. 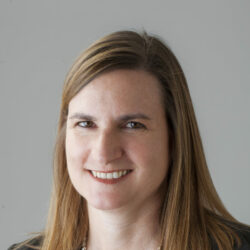 Tania is an accomplished non-executive and finance director with extensive international and emerging markets experience, who worked for Siemens, the German engineering company, for most of her professional life. She brings over 20 years of senior financial management experience, including serving as Finance Director of Siemens Energy UK and NW Europe and Director of Finance and Operations for the International Rescue Committee UK, before concentrating on a portfolio of non-executive roles.

She is a director at Thrive Renewables plc (a mid-sized renewable energy developer and operator), Private Infrastructure Development Group (a sustainable infrastructure developer and investor in the poorest countries of Africa and Asia) and The Energy Systems Catapult (an organisation driving innovation and decarbonisation across the UK’s energy system).

Tania is a qualified commercial and community mediator, fluent in six languages. She grew up in cities across Africa and has travelled widely in Latin America and the Middle East.

She is the Chair of ViaNiños UK, a charity she established in the UK in 2009 to support projects helping street and working children in Ecuador, pursuing a longstanding passion for economic and social issues in developing countries.

Tania has a Master’s degree in Political Science from the University of Rome. 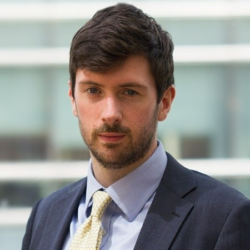 Chris Gallagher is the Corporate Strategy Director at ManyPets, a leading European Insurtech. Prior to joining ManyPets, Chris was an Executive Director in J.P. Morgan’s Investment Banking Coverage team, assisting clients with a wide range of financing and strategic solutions. He holds the Chartered Financial Analyst designation and is a Law and Accounting graduate from Queen’s University Belfast. 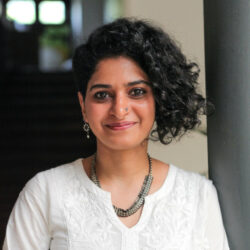 Preethi currently heads the Change.org Foundation which has a global presence in 13 countries mostly in Asia, Africa, Latin America and Europe. She is the founder of She Creates Change – a leadership program in Asia and Africa that facilitates the journey of women becoming strong and impactful leaders. She is an Obama Foundation Fellow and Skoll Senior Fellow. She loves spending her time doing organisation building, helping start ups, supporting technology for social change, and citizen led social impact around the world. 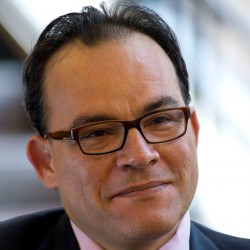 Khaled Mansour is an independent writer and consultant on issues of communication and human rights. Prior to 2015, he was the Executive Director of the Egyptian Initiative for Personal Rights, UNICEF’s Director of Communication, and has worked for UN missions in Afghanistan, Iraq, Lebanon and Sudan. He also has ten years of experience as a journalist and foreign correspondent in Egypt, South Africa and the US. He is based in Cairo.

Regan E. Ralph is the former president and CEO of the Fund for Global Human Rights, having directed the organization since its founding in 2002. Prior to launching the Fund, Regan was Vice President for Health and Reproductive Rights at the National Women’s Law Center in Washington D.C.  From 1992-2001, Regan helped build and ultimately directed the Women’s Rights division of Human Rights Watch. Regan is a graduate of Harvard University and Yale Law School, and studied international law at the London School of Economics and Arabic at the American University in Cairo.

Elizabeth Seuling is chief development officer of The Marshall Project. She formerly served as a managing director of Human Rights Watch and as executive director of Lumos Foundation USA. Early in her career, Elizabeth worked with the EastWest Institute in Serbia to strengthen civilian control of the military following the Yugoslav Wars. Elizabeth earned her bachelor’s degree from Wesleyan University and completed post-graduate work in international affairs at New York University. She serves on the boards of Crisis Action, the Center for Civilians in Conflict, and the Center for Human Rights in Iran.

Arnold Tsunga is Zimbabwe Senior Resident Director, National Democratic Institute (NDI). Prior to that he was Africa Director for the International Commission of Jurists for 12 years. Earlier in his career he was Executive Director of Zimbabwe Lawyers for Human Rights, Executive Secretary of the Law Society of Zimbabwe (LSZ), National Chairperson of Zimbabwe Human Rights Association (ZimRights) and Vice President of International Federation for Human Rights (FIDH). A Humphrey Leadership Fellow and Paul Harris Fellow, Arnold is one of Africa’s leading human rights lawyers and in recognition of his dedication to defending human rights in spite of the threat to his own life he was awarded the prestigious Martin Ennals Award for Human Rights Defenders in October 2006, as well as the Human Rights Watch Highest Award for human rights defenders. 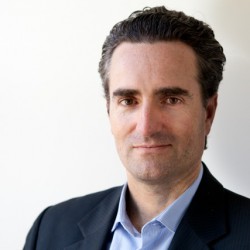 Bruno Stagno Ugarte is the Deputy Executive Director for Advocacy at Human Rights Watch (HRW). Before joining HRW, he was Executive Director of Security Council Report from 2011-2014, Foreign Minister of Costa Rica from 2006-2010, Ambassador to the United Nations from 2002-2006 and Chief of Staff of the Foreign Ministry from 1998-2000, among other foreign service postings. He also served as the President of the Assembly of States Parties of the International Criminal Court from 2005-2008 and Co-President of the Comprehensive Test Ban Treaty Article 14 Conferences from 2007-2009. He is a graduate of Georgetown University, the Sorbonne and Princeton University and author or editor of several books, chapters and articles, including The UN Security Council in the Age of Human Rights (Cambridge University Press, 2014). 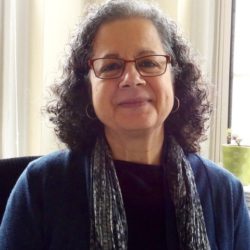 Mona Younis is an independent consultant in organizational development and human rights. In the Arab region she has served as program director with a refugee women’s organization in Lebanon, researcher in Palestine and Syria, university instructor in Jordan, and advisor to non-profits throughout the region. She has worked in philanthropy as human rights program officer at the Mertz Gilmore Foundation, and coordinator of the International Human Rights Funders Group, and served as director of the Science and Human Rights Program of the American Association for the Advancement of Science. Mona holds a Ph.D. in sociology from the University of California, Berkeley.