Viewed by leading humanitarian voices as a serious threat to the situation in Yemen, Crisis Action assisted partners in briefing policy makers on the negative impact the US designation of the Houthis as a Foreign Terrorist Organisation (FTO) could have on thousands of Yemeni lives. Working with reporters from The Washington Post and Foreign Policy to publish stories detailing the designation’s likely political and humanitarian fallout; these stories fed Congressional opposition to the planned move. As a result, the UK and Swedish MFAs committed to push for revocation in their initial meetings with US officials. Since the Biden administration has taken office,  the US has commit to a 30-day pause on Houthi sanctions enforcement, whilst they reevaluate the full impact of the sanctions. This is a good sign that the administration is listening to humanitarian concerns, and pressure is working.

The report of the Fact-Finding mission also includes two of our partners’ main recommendations including the creation of a permanent parliamentary committee on ‘arms sales control’ and parliamentary access to classified intel. This is a result of a coalition built and coordinated by Crisis Action over the past two years that brought over 13 French-based NGOs together with Yemini and regional organizations to generate private and public pressure on the French government. In a detailed section of the parliamentary report on civil society’s crucial role, the two rapporteurs mentioned the important role our partners played, remarking during the public presentation of the report that “The debate over France’s arms exports would not have arisen without the mobilization of NGOs”.

In December, Niger’s Human Rights Commission (CNDH) published the final version of a landmark report concluding that elements of Niger’s security forces were responsible for the extrajudicial execution of at least 71 armed civilians in western Niger in March-April 2020. Crisis Action helped amplify the report’s recommendations with global media (including France’s TV5 Monde and the New York Times) and policymakers. For example, during an online meeting for Nigerien partners facilitated by Crisis Action, France’s Sahel envoy committed to championing the report’s recommendations and reiterated France’s commitment to fighting impunity as a key part of its Sahel engagement. 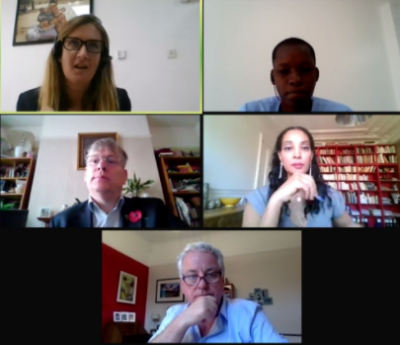